A choir bringing people together from across the country from ages 25+
The choir has ministered in the UK, New York and Jamaica.

A group dedicated to leading dynamic and inclusive praise and worship that ushers in the presence of God to our services.

A growing collective of young singers worshipping God with their voices, energy and attitude. With members nationwide, BYC aims to inspire, encourage and empower its generation.

A band of levites from across the uk, skilled, gifted and more importantly anointed and appointed charged with cultivating an atmosphere of worship wherever they are.

The 2020 Seminar theme was: ‘Serving in uncertain times’

During this year’s seminar, we dealt with the church-universal’s challenge of ‘Serving in uncertain times’ and being prepared to face this head-on. Together we considered: 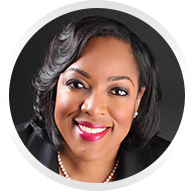 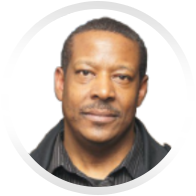 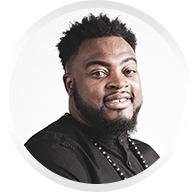 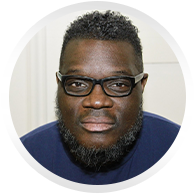 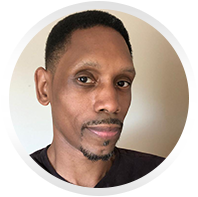 Overseer Dr. Simone P. Gibson was born in the beautiful island of Jamaica and accepted Jesus Christ as her personal savior while watching a television broadcast there. She rededicated her life to the Lord, was baptized during her junior year in college and is filled with the Holy Spirit.

Dr. Gibson holds a Bachelor’s Degree, Master’s Degree and the Doctor of Ministry Degree.  She is an ordained elder in the United Church of Jesus Christ and was elevated to the office of Overseer in October 2016.

She has served for over 23 years at the Transformation Church of Jesus Christ and now serves as the Executive Assistant to Bishop Monroe Saunders, Jr., serving in a variety of areas including as the chairperson of the International Convocation Planning Council.

She was a founding Board member of the Female Clergy Support Group of Maryland, a mentoring group for women in ministry. She is the co-creator and co-facilitator of a mentorship program for a local high school and Transformation Church. Additionally, she hosted for two years the Because of Who You Are Conference.  In March 2020, she wrote and published a devotional journal called Because of Who You Are.

In January 2020, Dr. Gibson accepted by faith the call of God to a Pastor and has established Eagle Restoration Ministries in Finksburg, Maryland.  Her gifts include preaching, teaching, administration, leadership, wisdom and exhortation. She has been blessed to minister in Canada, the Caribbean and throughout the United States.  Dr. Gibson has been blessed to be married to Elder Daniel Gibson for over 26 years.  Her greatest desire is “to shew forth the praises of Him who hath called her out of darkness into His marvelous light”, to reveal God’s glory in all that she says and does and to be a blessing to His people”.

Bishop PJ Edmund is a highly and widely respected key voice and mind in the Kingdom of God, serving as a pastor, leader and ministry coach. Being no stranger to Bethel, we can trace and celebrate his early days of ministry as the leader of the mass choir in the late 1980s. He is one of six children born to the late Bishop Gerald and the late Pastor Sweedie Edmund. Bishop PJ is a third-generation apostolic bishop, stemming from his late grandparents Bishops Christine Agatha and Charles Constantine Walsh of the Shiloh Apostolic Churches of Jamaica.

He is also the Establishmentarian and Senior Pastor of Timbrel Churches International, Inc. and Prelate of Pneuma Fellowship of Covenant Churches of the Apostolic Faith, Inc., mentoring leaders both nationally and internationally. He credits his rich preparation in ministry to the environment created by his pastors and mentors: his parents, the late Bishop Sydney Alexander Dunn, and the late Chief Apostle and Presiding Bishop Monroe R. Saunders, Sr.

Bishop PJ has “an earned” PhD., of Philosophy in Christian Counselling & Psychology; a Masters’ in Theology; and a Bachelor of Science in Chemistry. He is the proud recipient of two Honorary Doctorates, in Divinity, and in Humane Letters; along with recognition by Howard University of Washington DC with the Chief Executive Award, in Christian Leadership.  Currently, he serves as the President for the Maryland Campus of Cornerstone Christian University and Seminary. Bishop PJ has authored eight  (8) books, his latest entitled, “Turnaround”, released in 2020. He has been married to Pastor Michelle Edmund for thirty-one (31) years, and together, God has blessed them with three gifted children, PJay, Jr., Brittany and Eryka and three gifted grandchildren, Tyler, Tayler and Talia.

David Copeland has been involved in music for close to 50 years. From developing his song writing skills during his mid-teens until now he acknowledges that God has been his mainstay.

Although he lost his dear mother at aged seven, he fondly remembers that some of their time together was spent with her singing while he played the piano. To this day David cites his mother as one of the major inspirations in his life.

As David grew, he was able to exercise his gift of music at Bethel United Church in Walsall. This gift grew and developed, with it becoming more apparent that it would take him to places far beyond the bounds of his locality. At his church he played piano, wrote songs and shared some of them with the youth choir to sing in the services. One day after the van carrying the choir broke down on the way to a concert, David found himself having to sing in their place and from there his solo career as a singer was born.

He has won several awards, played abroad and shared the stage with artists such as Ricky Grundy, Hezekiah Walker, The Hawkins Family and The Winans. One key moment was when he appeared on the Gospel show “People Get Ready” which brought his music into national focus.

Recently he appeared with some of the foremost UK gospel artists in a music video to aid the people of Mozambique, also achieving a number one position in the U.S singing a duet with Lurine Cato. Late last year he had the opportunity to travel to Malaga, Spain accompanied by his wife Sadie to facilitate a music workshop and utilise one of his passions which is teaching. Currently David is working on a few musical projects and serves as the assistant pastor at his local church. With Sadie, they are parents to four children and grandparents to three. His desire is to continue using his God given gift to spread the gospel and effect a change in the life of others.

Volney Morgan is a pastor and the founder and leader of the New-Ye choir. This passionate group started in 2006 rehearsing in a home in London. After singing in their local churches they began receiving invitations to perform at various events across the UK.

Their first big break came in 2011 when they were chosen by Premier Gospel to headline their first ever LIVE concert entitled ‘Premier Presents… New-Ye Live’. This concert was a sold-out event and also saw the release of their first EP – ‘A Lion That Stoops In the Presence Of God’.

Since then, Volney Morgan & New-Ye have travelled all over the UK and Europe and shared the stage with some of Gospel’s greats such as Kirk Franklin, Tye Tribbett, Noel Robinson, Cece Winans, Deon Kipping, Michelle Williams, Jason Nelson, Travis Greene and Juanita Francis to name but a few. They have also worked with the BBC,  IGospel, The Croydon Gospel Festival, Tru-Life Promotions, the Sister Act Live Show and Universal Studios.

In 2016 Volney Morgan & New-Ye, won their first Award for “Choir of the Year” at the Premier Gospel Awards and delivered an unforgettable performance at the BBC Gospel Proms. And ended the year with their first self-funded tour, a celebration of their 10th Year in ministry and released their debut album ‘Focus’.

In 2017 they won the Premier Gospel Award for ‘Choir Of the Year’ for the second consecutive year. With the addition of winning a MOBO Award and UK Entertainment Award for ‘Best Gospel Act’ 2017.

With 3 EPs, 2 Albums and 3 singles under their belt, Volney Morgan & New Ye with their innovation and boldness are making a noticeable impact on Gospel Music in the UK and are now progressing to share what they have with the rest of the world.

Nicky Brown is a renowned musician, producer, writer and worship leader who has been a notable part of the church music community for many years.

From his early days of the COGIC Choir UK to the ground-breaking Channel 4 gospel music show, ‘People Get Ready’ to producing almost every nominated MOBO Gospel artist to working with the new breed Seth and ANT, Becca Folkes and international artists like Smokie Norful, Donald Lawrence, The Clark Sisters, Marvin Winans and Bishop TD Jakes to name a few, Nicky has a wealth of creativity and experience.

He has consulted for many television companies including ITV, Channel 4 and the BBC. He has revolutionised many of the shows he’s been associated with including Songs of Praise, bringing Gospel music into the forefront.

Nicky has also served as the minister of music at one of the largest black Pentecostal churches in the country, where he had a lengthy and successful 15-year tenure traveling the world, developing people and stretching boundaries. He is now part of the HTB network in Hackney Church and regularly consults for churches around the world and around the country.

Peter Daley BMus MA HonBc is a postgraduate from the Royal Birmingham Conservatoire, part of Birmingham City University. He is also an honorary friend of the establishment and enjoys a successful career as a keyboard player, remixer, composer, producer and educator. As a son of Bethel, he is no stranger to us. And since the early 90s, he’s worked in and with churches, community groups, educational establishments and in music industry consultation.

His compositions and arrangements vary from solo pieces to voice ensembles & orchestra. He released his debut album Apart From Life on his label, Another Key Records 2006. He has released various artist’s recordings on his label, as well as soundtracks, music for theatre, TV & Radio adverts, independent videos and short films.