Sidney Alexander Dunn was born in 1921 in St Mary, Jamaica, the second of eight children born to Uriah and Dorothy Dunn. At the age of 17, he visited a church pastored by Mother Christine Walsh. It was at this church that he would later be baptised and filled with the Holy Ghost. His Pastor prophesied that he would become a great man in the ministry, and this has certainly been confirmed.

Sydney Dunn rapidly rose through the ranks of the church, and was ordained as an Elder at 19 years old. He was given the pastorate of a church of 60 members in Kilancholly, St Mary that same year.

In 1954, the young Bishop Dunn set sail for England on the SS Arega, preaching to many of his fellow passengers during the journey. After his search for an Apostolic church upholding the Oneness doctrine proved fruitless, Bishop Dunn set about gathering a group of likeminded Christians to worship in a dining room, a school hall, a hall above a factory, and finally at 2 Gibson Road.

On the 21st of May 1955, Bishop Dunn married Chloe Effie Thompson, who had left Jamaica to join him shortly after his arrival in England. She remained a constant support to him over many decades.

The Church grew tremendously under the pastoral leadership of Bishop Dunn, and churches were planted across the country and further afield, reaching as far as Jamaica, the USA and Canada. Bishop Dunn would eventually serve as the Presiding Bishop over the churches in the USA and Liberia within the Bethel United Church of Jesus Christ Apostolic organisation.

Bishop Dunn lived to see the completion of the Bethel Convention Centre, a purpose-built centre which now acts a national headquarters.

After 50 years of marriage, Mother Dunn was called home on the 9th of July 2009. Bishop Dunn went to be with the Lord on the 23rd of July 2017, and leaves behind a great legacy, having set an excellent example of leadersip. He is remembered for his sense of humour, steadfastness and passion for the Gospel. 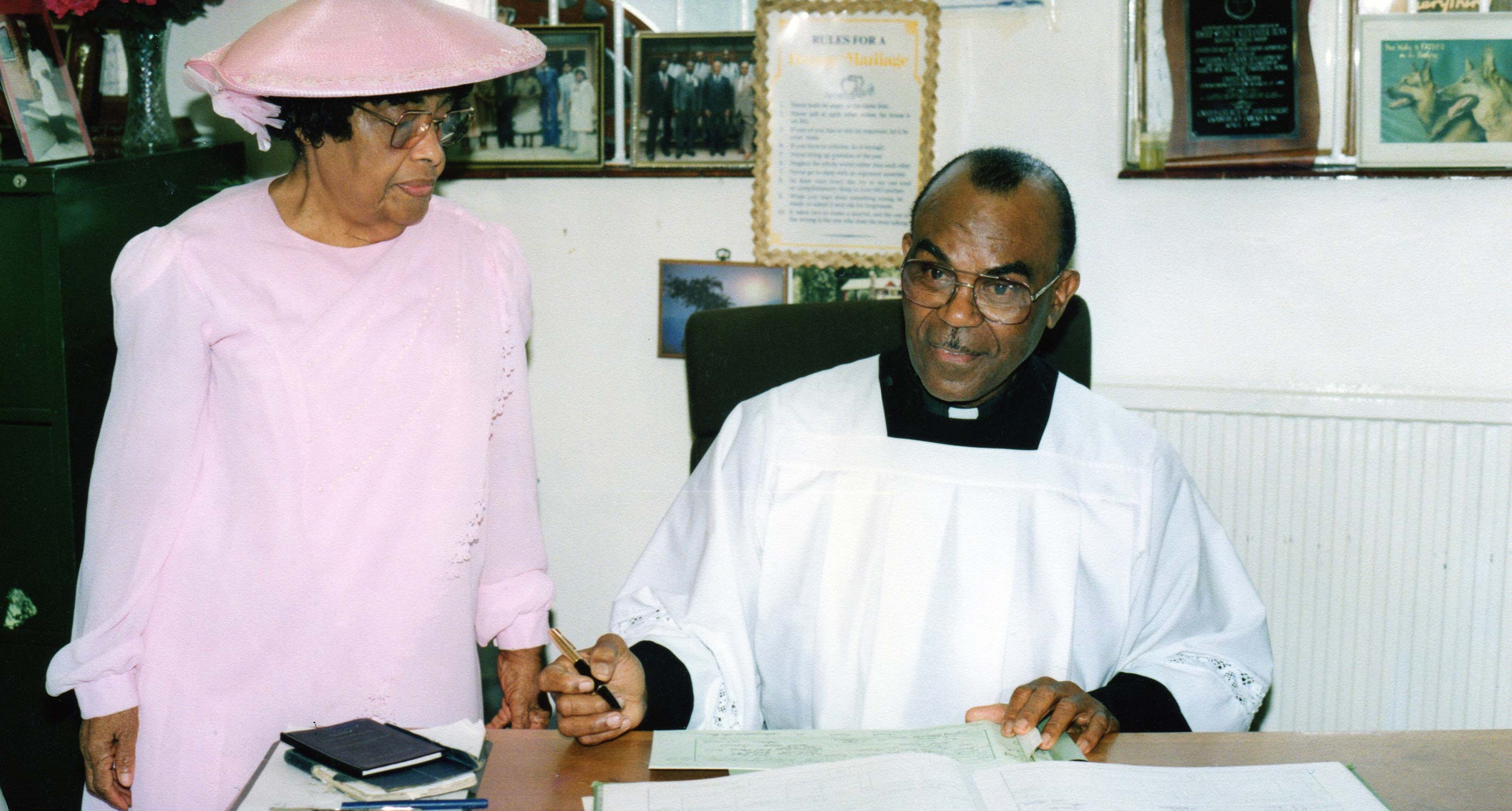